086 162 3683info@thermographyclinicireland.comfind us on facebookfollow us on Instagram
You are viewing: Home / Archives for dental health root canals 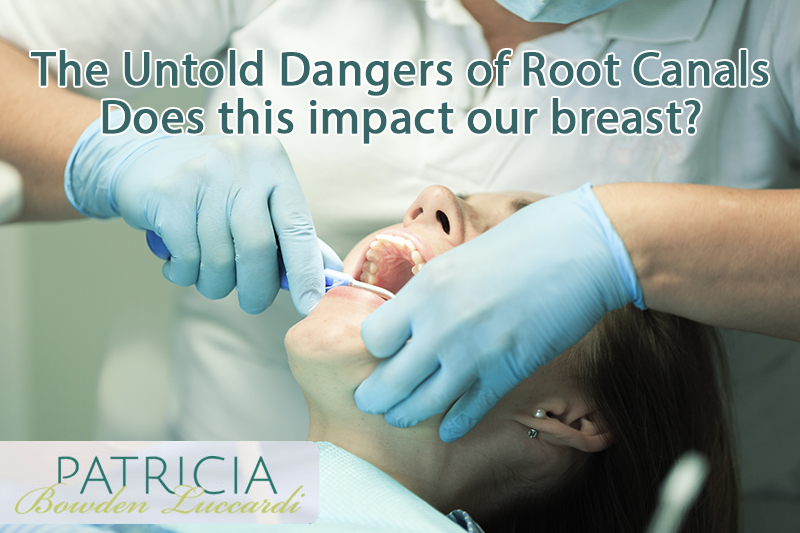 DID YOU KNOW THAT ROOT CANALS CAN HAVE UNTOLD, NEGATIVE EFFECTS ON YOUR HEALTH?

There is a growing recognition among integrative dentists and physicians that dental health has a tremendous impact on the overall health of the body. People are slowly discovering the hidden dangers of root canals as more medical professionals speak out about their dangers.

“The toxicity of root canals was disclosed by Mayo Clinic and Dr. Weston Price jointly back in about 1910. Close to a century ago. Price’s textbook on root canals, published in 1922, upset the dental associations at that time, and still does today. The American Dental Association (ADA), denies his findings and claims that they have proven root canals to be safe; however, no published data from the ADA is available to confirm this statement. Statements, but no actual research.”
Dr. Hal Huggins D.D.S.

The late Dr. Weston Price, D.D.S, M.S., F.A.C.D. former director of Research for the American Dental Association, discovered that root canals had within them bacteria capable of producing many diseases. They had no place in the body.

He made the claim that teeth that have had root canals are removed from people suffering heart or kidney disease, these diseases will resolve.

There is also a relationship between specific teeth and illness. In the 1950’s, Reinhold Voll, M.D. of Germany discovered that each tooth in the mouth correlates to a specific acupuncture meridian.

Is there a link to breast cancer and root canals? Dr. Weston Price seems to think so.

Leakage from Gum Disease to the Breast

A documentary released on Netflix in the fall 2018, Root Cause, questions the safety of root canals.

In a letter dated 29 January 2019, the ADA, AAE and AADR wrote that continuing to host the film on their platform could harm the viewing public by spreading misinformation about safe medical treatments like root canals.

Root Cause was removed from Netfix but can be viewed on Apple, Amazon and Vimeo for purchase or streaming.

Among the most jarring claims in Root Cause is a connection between root canals and breast cancer.

From a thermographic perspective, it is becoming more common to see oral inflammation that drains from the oral cavity, down the anterior neck and into the lymphatic system, in some cases creating lymphatic pathways into breast tissue.

Thermography offers a non-invasive way to measure areas of inflammation in the dental, cranial and thyroid regions.

It can also be used to help detect any indications of physiological changes around sites of dental work such as the presence of infection, concerns with a crowned tooth or a failing root canal, and/or jaw cavitation’s due to extracted teeth

Dr. Price discovered that root canals had within them bacteria capable of producing many diseases. He claimed they had no place in the body.

WHICH IS MORE IMPORTANT?

This argument still faces us today. The body burden is under daily assault from toxins in our food, water, plastics, air pollution, beauty care products and add that to any number of focal infections in the mouth as well as mercury amalgams.

Currently more than 15 million root canals are performed yearly and more than 41,000 performed daily. Is there any wonder why cancer and auto-immune illnesses are on the rise?

The good news is 25% of the population can survive the toxins from root canals because of a healthy immune system.

Start working with a biological dentist. Biological dentistry stresses the use on nontoxic restoration materials for dental work, and focuses on the unrecognized impact that dental toxins and hidden dental infections can have on overall health.

Biological dentistry treats the teeth, jaw and related structures with specific regards to how the treatment will affect the entire body.

According to Hal Huggins D.D.S, a pioneer in this field, “ Dental problems such as cavities, infections, toxic or allergy producing filling materials, root canals and misalignment with the teeth or jaw can have far reaching effects throughout the body.”

Is there a difference between holistic dentist and biological dentist?

The names came out of the various organizations that dentists started as alternatives to the American Dental Association and other mainstream, conventional, dental organizations.

The Holistic Dental Association was founded in 1979 and the International Academy of Biological Dentistry & Medicine (IABDM) was founded six years later, in 1985.

The Holistic Dental Association tends to be more open to spiritual healing and energy healing than the IABDM, and the IABDM is a larger organization. Many Holistic/Biological dentists belong to both organizations, and use the term holistic and biological interchangeably.

Neither holistic nor biological dentists need a specialized education in order to call themselves holistic or biological, unlike specialties like periodontist or orthodontist, which do require additional study in dental school.

Root canals and dental toxicities are a lengthy topic, so here is what you need to know.
2019 Root Canal Dangers – The Weston A. Price Foundation

“I don’t feel comfortable using a substance designated by the Environmental Protection Agency to be a waste disposal hazard. I can’t throw it in the trash, bury it in the ground, or put it in a landfill, but they say it is okay to put in people’s mouths? That doesn’t make sense.” Richard Fischer D.D.S.